FOR PEOPLE WITH A PASSION FOR AUTHENTIC GREEK GYROS AND ALL THINGS SPORTS, NIKO’S IS THE PLACE 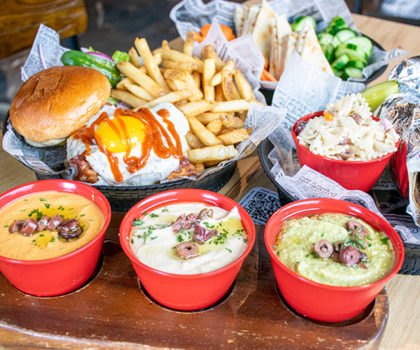 It’s halftime of a Cleveland Browns game—and an opportunity for a room full of screaming Browns Backers at Niko’s Bar and Gyros to divert their attention away from the establishment’s 22 enormous flat-screen TVs and toward the bar, where four deserving high school students are receiving ceremonial scholarship checks for $1,000 apiece.

“Being the headquarters of the defending international Browns Backers Club of the Year helps us to be an active part of the North Royalton and surrounding communities,” says Niko Moulagianis, owner of the popular sports pub and eatery. “In the last two years we’ve raised money for the local fire department, the Wounded Warriors Project and have awarded $7,000 in college scholarships.”

Niko became a restaurateur 29 years ago, on June 1, 1992, when he opened Niko’s Bar and Grill, in Parma. A Brunswick location followed five years later.

Meanwhile, Niko has developed a variety of his own homemade hummus blends that include garlic, roasted red pepper and cilantro-jalapeno. 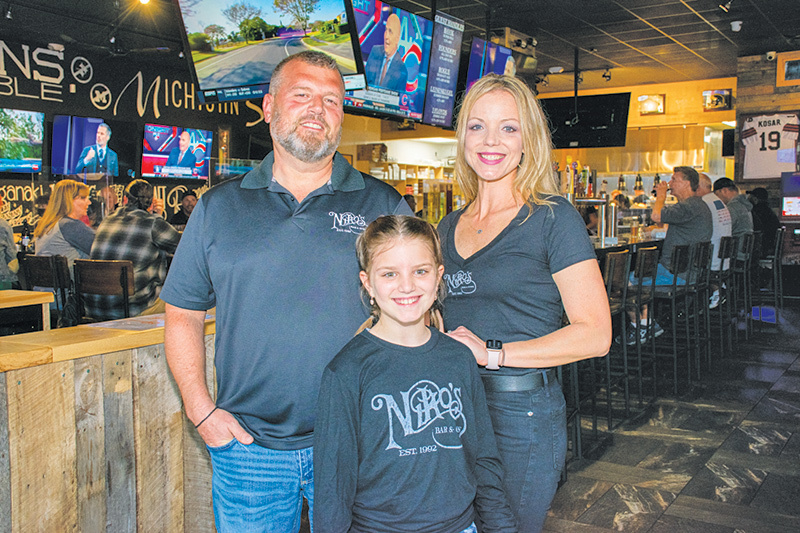 “Everything we serve is fresh—from the tomatoes that we cut as we go, to the sauces that complement our food,” he says. Niko’s gyros range from traditional favorites to newer creations, like a smoked corned beef version that was developed in celebration of St. Patrick’s Day. The most popular gyros at Niko’s are the lamb and beef variety that Americans consider to be the authentic kind.

In reality, Niko explains, traditional Greek gyros are made from slabs of pork butts and bellies.

“It’s actually very tasty, but it isn’t what Americans are used to,” he says. “But we do have a smoked pork gyro that people love.”

The secret to Niko’s beef and lamb gyros are slicing them thin, he insists.

“The biggest mistake people make with gyros is cutting them too thick,” he says. “Gyros aren’t supposed to be thick. They are supposed to be as thin as a Steak Umm sandwich. That’s how you get the most flavor out of the meat.”

Freshness is another important key to a perfect gyro, he says.

“We cut it right off the spit with a special knife that I adjusted to achieve the perfect slice,” he says. “Anybody can buy lamb and beef and make a gyro, but the difference is how you make it. The pita bread we use here is specially made for us. Nobody else has it. It is bigger than normal pita bread and you have to cook it on the grill.”

Niko’s gyros are served with a choice of French fries, coleslaw, Greek pasta salad or, for $2 extra, beer-battered onion rings. The gyro selection starts at $10.

Those who aren’t gyro connoisseurs may want to try a burger or chicken sandwich. “Our burgers are a half-pound of Angus beef served on a Brioche bun,” Niko explains. 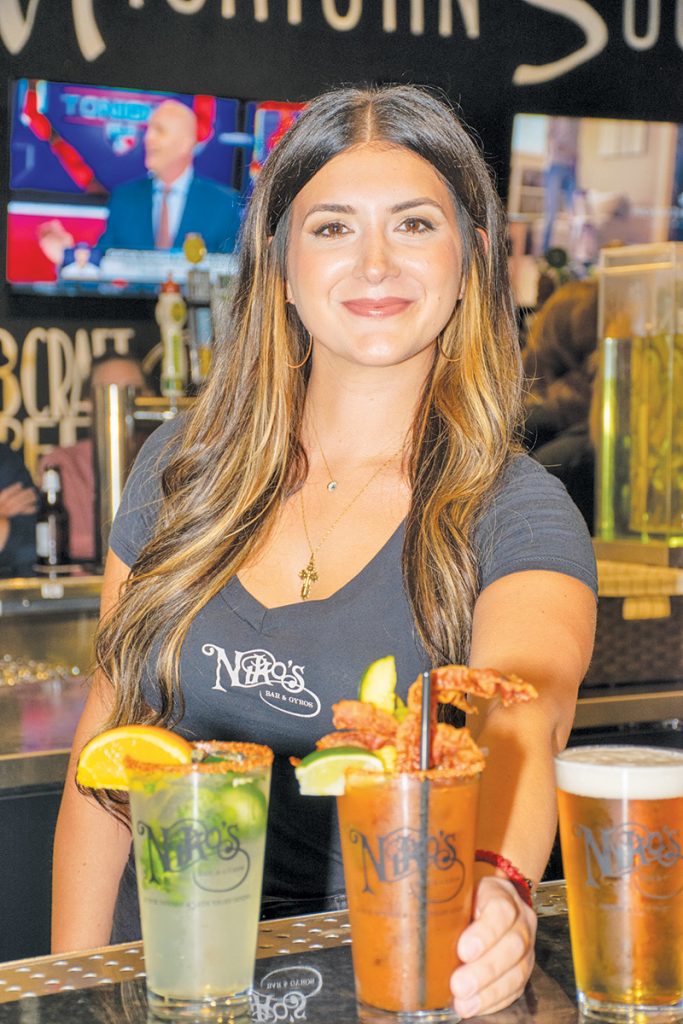 Bring the Kids
Niko says his sports bar is a casual, family-friendly place to kick back, enjoy agyro and a beer and watch the Browns, Indians or any other sporting event on one of the many large screens—or relax on the airy outdoor patio.

“Niko’s isn’t your typical rowdy bar,” he insists. “I expect people to act like as if they’re walking into a four-star restaurant when it comes to their language and behavior. We want people to feel safe in bringing their kids in for a family dinner.”

“I was concerned about being shut down again during the pandemic and wanted to keep as many of our employees working as I could,” he said. “The carryout restaurant has the same menu items as North Royalton. People can call in advance to place their order and they’ll get a text to tell them when it’s ready for pickup. They can come inside to get it, pay and be on their way.”

Beer and Wine Truck
Niko’s Bar & Gyros has more than 25 taps reserved exclusively for the best local and national craft brews, like Fat Head’s, Southern Tier and Great Lakes Brewery. You also can bring Niko’s selection of craft brews to you by booking its beer and wine truck for your next gathering.

“We have a Sprinter Mercedes van loaded with four beer taps and two wine taps,” Niko says. “We also have party trays to order.”